International recognition poured in this past month for the founder of a unique Canadian centre of excellence. Giorgio Clementi, President of ITPS Canada, is the recipient of two international awards from leading professional societies in the Aerospace Industry. The Society of Experimental Test Pilots (SETP) awarded Clementi the Tony LeVier Flight Test Safety award. This award, named in honour of test pilot Tony LeVier, was established by the SETP Flight Test Safety Committee to pay recognition to people who have significantly contributed to the safety of flight test operations. The Society of Flight Test Engineers (SFTE) presented Clementi with the Kelly Johnson award, an individual award that honours outstanding achievement in the field of Flight Test Engineering. The Kelly Johnson Award was first awarded in 1973 and is the society’s oldest running award and named after Clarence “Kelly” Johnson, a fabled aircraft designer. He established the renowned Lockheed Skunk Works, responsible for many designs and flight testing of aircraft such as the SR-71 Blackbird, F104 Starfighter, F-117 stealth fighter, YF-22, and X-35.

Over the past twenty years, air forces and major aircraft manufacturers have sent their best and brightest to receive an education in flight testing to ITPS in Canada. The years of effort have paid off and ITPS is an internationally recognised postgraduate degree-granting institution. ITPS recently hosted the 53rd International Symposium of the Society of Flight Test Engineers and over 170 delegates from around the world attended in person, with many more attending the event online. SFTE honoured Clementi by electing him a Fellow, the highest membership grade and presenting him with the award recognising his outstanding contributions to the flight-testing profession.

ITPS is more than just a school of flight testing, according to Clementi. “We develop engineering solutions, constantly innovating to remain abreast of technological developments. We develop our own in-house aircraft designs and modifications to address requirements for the broadest range of aerospace technologies, including Digital Flight Control Systems, Advanced Avionics Systems, Human Machine Interfaces, Urban Air Mobility and Uncrewed Air Systems. Over the past twelve months, we have rolled out three completed projects developed entirely in-house; we are leading as a flight test training organisation by introducing Live Virtual Constructive Training (LVCT), a cutting-edge technology. Our ability to quickly respond to industry requirements and the breadth and depth of expertise employed at ITPS make us truly unique. Being in Canada is a distinct advantage as it is a sought-out location for higher education and appreciated as a welcoming and tolerant society.” The future looks very bright for ITPS as it prepares for another bumper year of enrolments from around the world to learn about experimental flight testing in Canada. 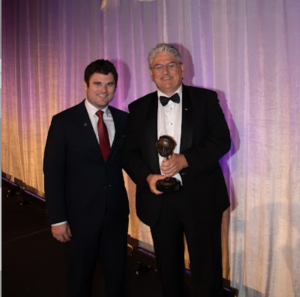 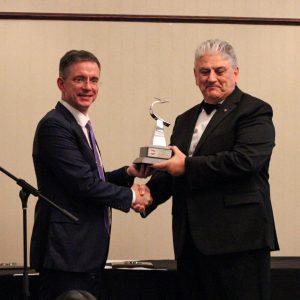