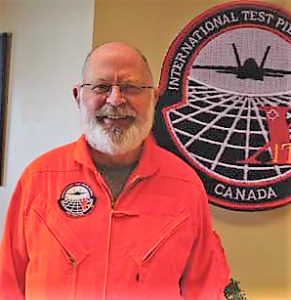 John Turner is a graduate of the Empire Test Pilots School and holds a degree in Physics from the University of York. His RAF service included postings flying Phantom F4s, flying instructor training and Flight Commander at No 4 Flying Training School. On graduation from ETPS, he was posted to the Royal Aerospace Establishment Farnborough where he commanded the Experimental Flying Squadron. This involved flying a wide range of aircraft including the Andover, BAC 1-11, Buccaneer, Comet, Jaguar, Hawk, Hunter and Varsity. Trials included simulator and airborne development of helmet-mounted targeting systems and also the development of advanced weapon aiming systems and of night vision techniques. In 1990 John retired from the RAF to become Tornado ADV Project pilot in BAE Systems. In 1992, John became the Eurofighter Project pilot, flying the aircraft at every phase of development until 2000, including many ‘first’ flights as the aircraft envelope was expanded to include carefree handling. John subsequently moved onto the Nimrod MRA4 program on 1 April 2000 as Project Pilot before becoming Chief Test Pilot Nimrod & Strategic Aircraft in 2003. He went on to become Director of Flight Operations for BAE increasing his responsibilities beyond Nimrod MRA4 to include the flight test of large aircraft ranging from BAe146/RJ, through the turbo-prop ATP to RAF aircraft such as the Canberra and VC10, and oversight of UAV trials. In recognition of his unique test flying achievements he was awarded the Derry & Richards Medal for outstanding contribution to the art and science of aviation in 2005 by the Guild of Air Pilots and Navigators (GAPAN)