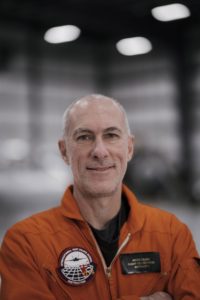 Andre has over 24 years’ experience in the Aerospace industry, including over 11 years at Embraer in Brazil. Andre is a graduate of the 1999 Flight Test Engineer course at the International Test Pilot School in the UK. Andre’s experience in flight tests following his time at ITPS included being the Flight Test Engineer Co-ordinator at the Embraer Flight Test Centre in Sao Jose dos Campos, where he designed the flight test campaign for the EMBRAER 170 Jet, coordinated asset usage and optimization. Planned all flight test campaign for E170, interfacing with all engineering sectors. Coordinated one aircraft and team of 4, all configuration and maintenance aspects. Participated in the aircraft conception phase as flight test an design and test engineering. Saved 3.5% from total budget and 14% from budgeted flight hours. Certified aircraft on time in Brazil, US and Europe. His next position was that of Flight Test Engineer Supervisor where he managed team of 6 for the EMBRAER 195 Jet Flight Test Campaign. He was part of the crew that performed first flight of E195 prototype. He designed and managed the Flight Test Campaign, for the 195 jet airliner leading to successful certification. His next position was that of Engineering Manager, where he was responsible for the Design Organization structure, hired and implemented team. Managed Multidisciplinary projects going from conceptual design to detailed engineering, manufacturing, assembly, testing, certification. Andre graduated with a BSc in Mechanical Engineering and subsequently a PhD in Aeronautical of Engineering and an MBA from the Universidade de Sao Paulo.